A family trip to Edinburgh’s castle during October half term brought an unexpected appreciation of a sensitive landscape design around the ‘new’ Scottish Parliament – ‘sitting in the land’.  Walking from parking the car on the edge of Holyrood Park towards the Royal mile we came across and walked alongside the parliament building. A very modern structure (built 1999-2004) juxtaposed to the rugged and natural Arthur’s seat. My 10 year old son, was compelled to take his shoes and socks off to dip his feet in one of the vigoratingly cool pools.

The immediate public space has been designed so that the building appears to originate from the sloping base of Arthur’s seat, arriving into the city almost out of the rock. This is the Concept Design by Enric Miralles, a Catalonian architect who died in 2000, aged 45.

Planting is intended to blend with the neighbouring rugged land. There’s gorse planted in a roof garden and the vegetation at ground level changes from ‘lawn’ areas to more natural grasses used on embankments.

You can see one of my planting designs which deals with borders as a transition area; from a modern newly built home with a minimalist contemporary interior to the wild and farmed landscape beyond.

Outside the Scottish Parliament building, there are three water features in front of the oak and concrete facades. The ponds were designed to reflect the lochans in Holyrood Park and to mark the entrance to the building.

The new Scottish Parliament is reported to have cost £345m. “A rich, complex and crafted design, as much landscape as architecture”. 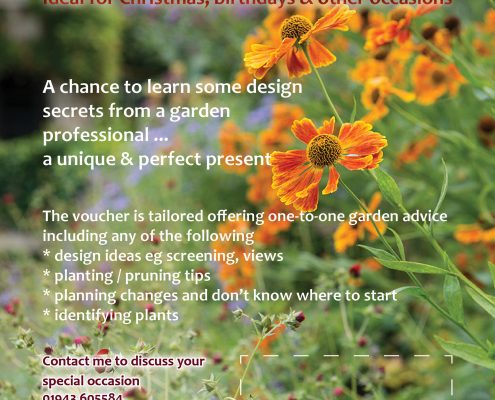 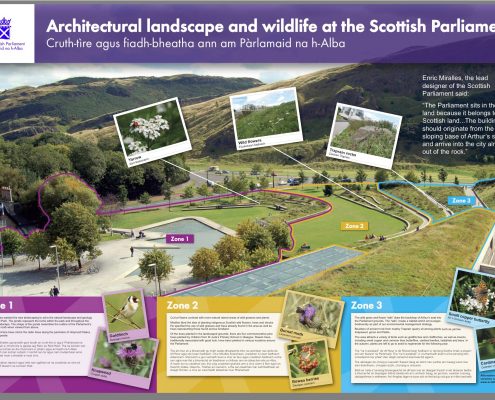 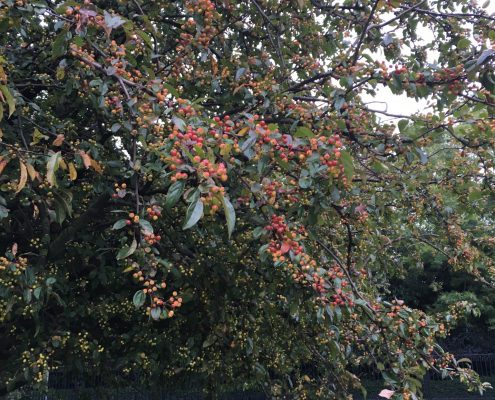 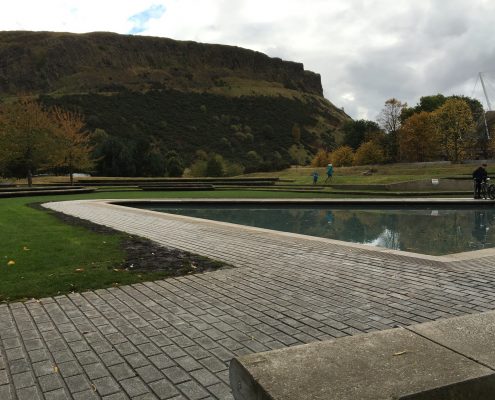 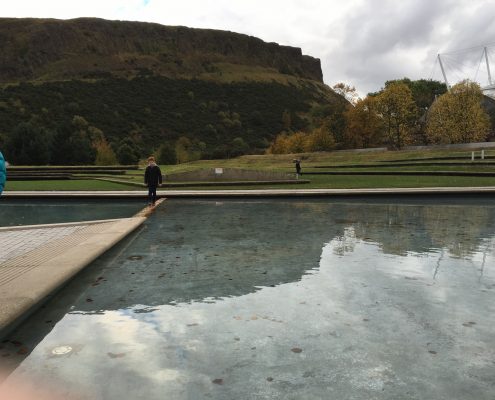 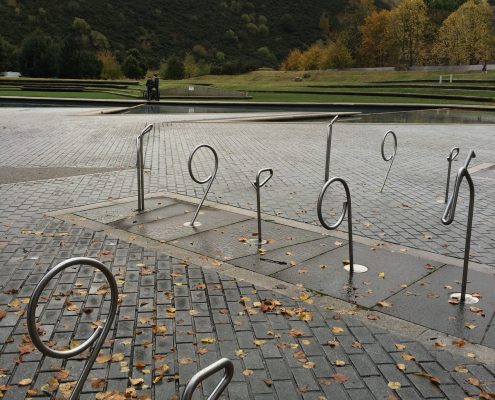 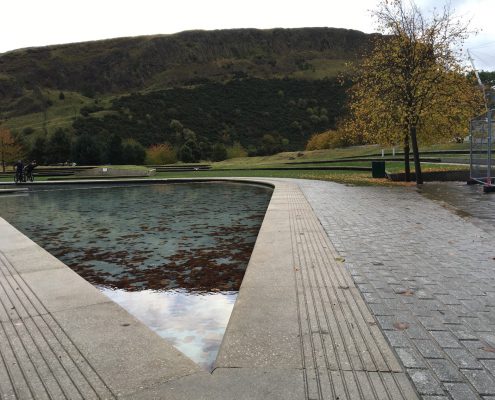 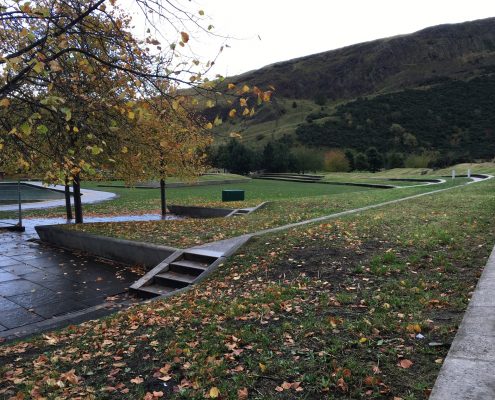 Want to join the discussion?
Feel free to contribute!

Celebrating another HOUZZ award – February 2017
UPDATE: WAITING LIST
DESIGN COMMISSIONS - 4 MONTH WAITING LIST Please get in touch if you would like to plan ahead. ONE OFF CONSULTATIONS ALLOW 4-8 weeks
See my portfolio by clicking here...
X
Scroll to top